This no-email-at work thing is really beginning to rankle. I desperately need some kind of solution, or I'll go completely bugfuck from boredom and the ennui of not being able to blog or talk to anybody.

We have a Verizon cellphone/landline deal. My current phone is a cheapie LG flip-phone, but I'm thinking Blackberry. I'd love an iPhone for its slickness and its total integration with OS X, but we're roped into that Verizon account pretty tightly, and AT&T coverage (I'm told) kinda sucks.

So I'm thinking Blackberry Storm, the new one with touch-screen capabilities. Verizons offering it for $119 with a 2-year contract extension, which seems mighty sweet to me. Don't care about audio or camera capabilities, but I absolutely need the ability to write email and IMs, and surf the Web without restrictions. I've read extremely mixed reviews of this device, from raves to outright warnings not to buy; I suspect that a lot of the glitches people experienced had to do with early adoption, and that later firmware updates will have repaired some of the problems.

I'm also willing to lose touch-screen features in favor of reliability. I like what I read about the Blackberry Curve, but I've read so many reviews now that my eyes are beginning to glaze over.

Any of you folks have any opinions? Please help a glaze-eyed and entertainment-starved raconteur out...
Posted by Neddie at 9:46 AM 11 comments:

Thanks to those who've nudged me, wondering why the hell I haven't posted in over a week.

Truth to tell, in order to keep the wolves away I've taken a six-month contract job at a place that is so paranoid about security, they allow their workers no Internet access whatsoever. Not just firewalls and blocked YouTube vids: none whatsoever. The Twin Towers could fall again, I'd never know about it until I got home. They're not evil; they make no guns or bombs or rockets, and they actually help people and make their lives better. But they are extremely concerned with security. So my blogging time is limited to evenings and weekends, and Christ knows what I'm going to do with my lunch-hours and slow moments. Catch up on my reading or something, I guess. There are quite a few public WiFi spots within easy reach; maybe I'll take to having my lunch there.

Meantime, the old resume goes back out. This cannot go on.
Posted by Neddie at 8:24 AM 9 comments:

He Cares! He Really Cares!

I cross-posted the recent Lennon piece over at NewCritics, and the author of the book, Jonathan Gould, dropped a comment.

Learn Something New Every Day 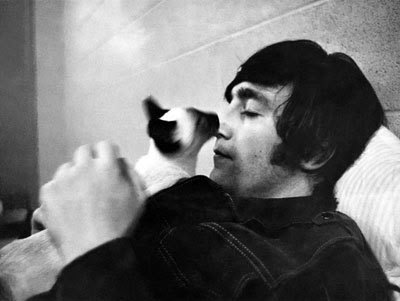 I had never heard this anecdote before. It's from Jonathan Gould's luminescent book on the Beatles, Can't Buy Me Love:

"And Your Bird Can Sing" sounds like the second act of "She Said, She Said" -- another song about personal pretention, sung by John to the accompaniment of George's crazed, cacophonous guitar. [N.B., it should be both John and George's crazed, cacophonous guitars, but perfection eludes even this splendid book.] "Tell me that you've got everything you want, and your bird can sing, but you don't get me," John taunts his anonymous adversary in the opening verse. Listeners tended to assume that the "bird" in question was British slang for "girl," and the song works well on that assumption. But Lennon was stalking bigger game in "And Your Bird Can Sing." The song was inspired by a profile of Frank Sinatra by Gay Talese that appeared in the April 1966 issue of Esquire. "Bird," Talese wrote, " is a favorite Sinatra word. He often inquires of his cronies, 'How's your bird?'; and when he nearly drowned in Hawaii, he later explained, 'Just got a little water on my bird'; and under a large photograph of him holding a whiskey bottle that hangs in the home of an actor friend named Dick Bakalyan, the inscription reads, 'Drink, Dickie! It's good for your bird.'" What brought the article to Lennon's attention in the first place was not its revelations about Sinatra's private vocabulary, but rather his attitude toward an upcoming network television special with which he hoped to reassert himself as a force in contemporary pop:

Sinatra had been very excited about this show; he saw here an opportunity to appeal not only to those nostalgic, but also to communicate his talent to some rock-and-rollers -- in a sense, he was battling the Beatles. The press releases being prepared by Mahoney's office stressed this, read: "If you happen to be tired of kid singers wearing mops of hair thick enough to hide a crate of melons...."

After the crack about mops and melons, John Lennon could take some satisfaction in reading about "an inconspicuous little gray-haired lady" on Sinatra's staff whose sole responsibility was to care for the singer's collection of sixty "remarkably convincing" toupees. But Talese's fawning description of Sinatra's charisma ("the embodiment of the fully emancipated male, perhaps the only one in America , the man who can have anything he wants") and Sinatra's wealth ("his film company, his record company, his private airline, his missile-parts firm, his real-estate holdings across the nation, his personal staff of seventy-five") was more than enough to inflame John's sense of professional jealousy. Insult had been added to injury around the time the article appeared with the announcement of the Grammy Awards for 1965. In the year of Highway 61 and Rubber Soul, the American record industry turned its back on the youthful trends in pop by honoring Sinatra in the categories of best male vocalist and best album for a world-weary collection called September of My Years. "Tell me that you've heard every sound there is," crooned the world's greatest kid singer in his enigmatic reply, "and your bird can swing. But you can't hear me. You can't hear me."

So what we've learned here, class, is that "And Your Bird Can Sing" is about Frank Sinatra's dick.

I'm sure your lives are greatly enriched by this knowledge.

One of the more charming tracks on the Anthology is an outtake of the Fabs trying to track the vocal on this song, and absolutely pissing themselves laughing. I'd assumed it was the effect of an herbal jazz cigarette; now I believe we have another data-point in explaining the howling laughter.

(Damned shame that books about pop music aren't carefully footnoted; I'd love to know precisely where this information came from. Gould's bibliography is 12 very closely set pages, and I don't have a lifetime to devote to tracking it down.)

Slightly later update: With this information in mind, the bridge takes on whole universes of new meaning:

Without this knowledge, it's an offer for help, a friendly "you've got a shoulder to cry on." But with it, ooof! Burn!

Commenter Jim from the "WTF?" post -- I haven't forgotten about you. I'm still thinking.
Posted by Neddie at 3:23 PM 11 comments: 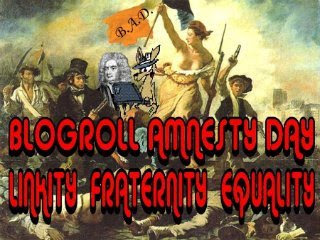 If the term leaves you nonplussed, read about it here.
I'm supposedly limited to five, but WTF... How'm I supposed to do that?
There, Jon, Skippy, BlueGal.... Done I did some good?
Posted by Neddie at 5:56 PM 5 comments: 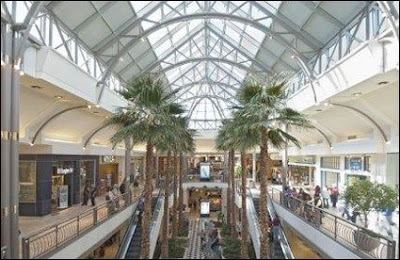 We Jingos moved out to rural western Loudoun County from suburban Reston some five years ago. At times we find ourselves questioning the wisdom of the move. The nearest grocery store is twenty minutes' drive away; the "high-end" one takes an hour round-trip. More than is reasonable, we lose power when a tree-limb knocks down the above-ground cables. The dirt road takes a heavy toll on automotive suspensions.

But then, occasionally, we will be reminded, with no subtlety whatever, of exactly why we made the move.

Last night was such a reminder. Betty attended her school's Homecoming night dance in DC, and the rest of us decided to make an evening of it, going to Tysons Corner Mall to catch a movie and dinner while she tripped the light fantastic with her classmates. For the non-locals, Tysons once owned bragging rights as the World's Largest Indoor Mall, losing them to Mall of America sometime in the Eighties.

In those Eighties, Wonder Woman and I lived in a two-room walkup in Brooklyn. For us, Saturday night often meant an F-train excursion into Greenwich Village for an evening of wandering, grazing, and (if we could afford it) catching somebody at Gerde's Folk City or some similar venue. People-watching was a huge aspect of the trip: New York's boho districts are unmatched for amusement. The huge assortment of delightfully offbeat people who might trundle by on any given evening provided an endless supply of entertainment. Simply being there was to participate in the celebration of the diversity of humanity.

Tysons Corner Mall on a Saturday evening in early 2009 is pretty much the diametric opposite of that experience.

First, the density of the crowd made it impossible to escape the thought: For a country that has, this week alone, shed 100,000 jobs with no end in sight, there sure were a whole lot of people out spending money on fripperies. Second, what the fuck are these people here for? Where's the appeal? Thousands upon thousands of people of every age, income group and ethnic identity, aimlessly wandering among exactly the same PacSuns, Eagle Outfitters, Abercrombies, Williams & Sonomas they'd find in any other mall...for what? They'd actually packed into their XTerras and Priuses with the thought in mind that the best kind of Saturday night consists of grabbing a plate of Heat-Lamp Italian and a large Sprite, wandering the halls of America's Fourth-Largest Mall, and seeing and being seen in this plastic zocalo, this carefully-policed polis?

After the movie,* I became separated from Wonder Woman and Freddie. Without their jokey and insulating company, without sympathetic people with whom I could ridicule things and distance myself from my surroundings, I began to notice that not a single shop in the place was aimed at me. Every one of these interchangeable emporia was intended to appeal to the tweener, the young adult with more money than sense, and the self-regarding yuppie. A deep alienation set in, with notes of anger and claustrophobia. I needed desperately to get out, breathe deep some cold air, declare forcefully my independence from this awful, antiseptic temple to consumption.

This morning, I awoke in a house in a clearing in a forest on the side of a mountain. The air is cold and bracing. Brave birds, wintering over, call overhead. A small herd of deer wanders past the window -- I wonder what they're eating this time of year. The dogs ignore them, as usual. I contemplate a breakfast of eggs and bacon. And I remember.

*"Taken," with Liam Neeson as an ex-CIA goon whose daughter is kidnapped for the "white-slavery" market. About as awful as you'd expect. We had three hours to kill, and that's what was showing. Horribly edited handheld-camera action sequences, revolting racial stereotypes, plot-holes you could drive an XTerra through, and a Jack Bauer torture scene. The movie's title pretty much summarizes how we felt afterward.
Posted by Neddie at 8:18 AM 11 comments: