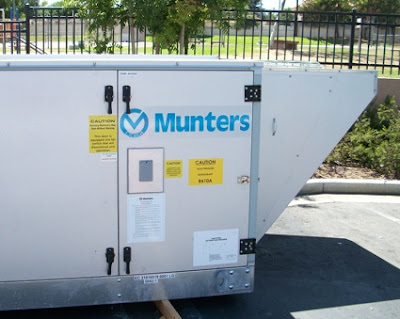 See that? These Californians have a place for everything! A whole box full of 'em!

I had once -- like, a week ago -- idealistically thought that I'd be able to sit down in some comfortable space and record each day of this trip as it happened. However, events have intervened, and the admixture of the warm (and spectacularly free of humidity) California sun and a frosty beverage at about 5PM have introduced a certain lassitude that I can't but ascribe to the local culture.

Some highlights from the last few days:

Disneyland seriously needs to go fuck itself. Betty was disillusioned by her experience, but this was the reaction of an eighteen-year-old being confronted by the expectations of her own ten-year-old self. The rides were inferior to those available at your local Six Flags, where the lines are shorter and the thrills far better. The rest of it was relentless merch-flogging. Fuck you, Walt Disney. Betty sees through you.

At Disneyland, the Animatronic Abraham Lincoln, in summarizing the Civil War, managed to avoid the following subjects:
But boy howdy did we all leave the theater with a good feeling about America!

The experience of belonging to a studio audience for the taping of a dreadful sitcom is quite remarkable. They need you to be upbeat, so they are quite relentless in their enforcement of (what Frank Zappa called) "compulsory entertainment." The tame comedian who runs the show leaves one wishing that assault laws weren't quite so strict around here. One leaves the studio feeling quite raped, actually.

According to the papers I signed, I'm not allowed to tell the exact name, or even the production company we were allowed to see, but let's see if my expert Internet-Search-avoidance skills obtain: The show we were forbidden from mentioning was Schmelissa-and-Schmoey, on the Schmay-Bee-Smee Schmaly Schmetwork... Does that work to disguise my origins...?

At any rate, the show seriously SCHMUCKS.

On the other hand, the Warner Brothers Studio Tour was really worth the candle. At one point we drove up to a sound-stage (Maybe #24??) that listed the movies that had been shot on its environs; they included The Big Sleep, The Maltese Falcon, and The Music Man. There's American History, and then there's Cultural Touchpoints Along the Way to American History; and Warner Brothers has badly mixed the two.
Posted by Neddie at 7:39 PM

I passed by Disneyland once on a trip to Anaheim and was AMAZED at how SMALL that park is!

So, didja cop a munter or no?

Trampled expectations and low blood sugar usually combine in what I've dubbed "the Crankiest Place on Earth". Statistically Anaheim is hot enough to melt monogrammed mouse ears this time of year. Hoping you were treated to reasonable tempratures...

Gak - terrible when everything you revisit sites you remember as a kid. Everything is smaller, older and dirtier.

Aahhhh, Walt's vision of America. Who woulda thunk that 60 years on it would supplant reality? Never been to Dizzyland CA, but been to Wally World in FL. I gotta say, it was really, really clean. Almost creepy that way. My kids were young and we all had fun. I got hooked on the "It's a small world" ride. It was longer than I expected. Each time I passed through a room I thought it would be the last because how could they find yet more peoples and cultures to stereotype? And with each new culture the theme song would be played in the "native" style. I don't know if I was amazed or flabbergasted, or both. It was a long, strange trip though a small world after all.

Betty's pictures don't look at all like the Dizzyland I remember-- and you remember. I remember Stina's kushy kennel and somebody's excitement about the parade. We got a few munters, if I remember correctly and we had lotsa ice cream!