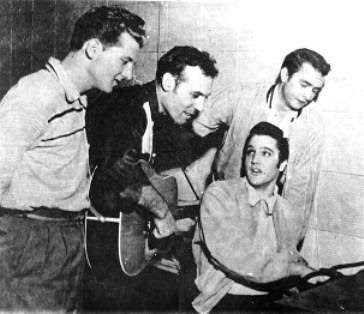 An item in Shitshovel Media catches the attention:

Th' Muthafuckin' Harridans, whose untimely 2005 demise so shocked the rock world, have been the subjects of reunion rumors. The power trio, whose chart-busting hits included "I Was a Teenaged Werewolf for the FBI" and "Bobby Lightfoot Rips Up His Lyric Sheet and Wings It," were seen together with an entourage at a Washington, DC beer celler [sic] last week, crying drunkenly on each others' shoulders and swearing off their methamphetamine use, which devastated the band's musical coherence in the middle of the decade.

Some talk of a live reunion gig was overheard, although specifics were not hashed out.

This could easily outstrip the Led Zep reunion for historical significance.

Don't know nothin' more than that. Just thought I'd put it out there.
Posted by Neddie at 10:27 AM

Don't you mean "beer seller"? Oof, them beers was tasty but expensive. But the company was worth it.

Just give me sticks and a four count!

I think he meant "beer cellar"...or maybe not.

Typo in the original from Shitshovel Media. Editorially acknowledged.

If this is within walking distance of Arlington, then given a fair wind and a suitable date, I'm there.